Elaine Pillay shares...'What I gained from the ROSA Conference'

It was with a heavy heart that I attended the ROSA Conference this year. Not for any other reason but that I felt as though my own book that was published was not seeing the light of day or not being read by the audience it was intended for.

Nevertheless, Romy Sommer had asked me to speak at the conference and so I attended. Boy, was I glad that I did, at the end of it.

I learnt so much from the writers who presented that day. I was in awe of the women who presented. They were so in charge of their dream and their craft. So in sync with what they were doing. At that point I almost wished one could bottle and buy that kind of energy at the conference.

Joanne Macgregor (Author of so many books, her latest being “Rebel”) was up first and she had a lot to say. Joanne is eloquent and very matter of fact about her experiences and her job. I am an introvert by nature and as such the thought of marketing my book has always been a daunting task which would explain why my target market had never seen it. I wanted to write a book that would sell itself. That, I learnt, does not happen. Joanne talked about how, if you wanted to sell your book, then you need not take yourself so seriously. “Get over yourself,” she said, “if you want to sell your book.”
She mentioned how if one was ever serious about being a writer, then one had to have a website. That too was something that I didn’t want to do. Not sure why but possibly the introverted thing rearing its ugly head again.

I love writing and I have always believed that all one did was write in a tiny room with a beautiful view. That’s the picture I’ve always had in my head. Me writing in a small room with the view of a lake and there’s a steaming mug of coffee next to me. Quiet moments. Silent reveries. Not the website and the hustling at conferences and standing with the mic. Those things terrify me.

But now here was Joanne with her business like attitude about books and writing telling me everything I didn’t want to hear about writing. Speak. Turn up at writer events. Hustle, hustle, hustle. At the end of the talk I watched her pack up, toss her hair and walk out of the venue to have a cup of coffee.

Lord, let me be like her, I said silently.

Next up was Rae Rivers, Harper Impulse Author of “The Keepers” series. Rae is quieter but by no means less of a powerhouse. Rae woke me up in a different way. Due to my not knowing how the sales of my book were going, I refused to write. Not refused out loud but in my manner toward writing. I hadn’t written in over a year. I had many excuses why not, ‘tired’ featured most prominently, together with, ‘I need to re-decorate the study’. I avoided the study at all costs and just went in to usher the dogs out whenever they managed to wander in. 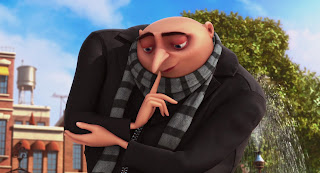 Rae spoke of the fear of writing. At first I thought good gracious me, whoever would suffer from that? But as she spoke in her quiet, convincing way, I thought of how that was applicable to me. I was afraid to write because in my mind, writing a book and getting it published wasn’t everything I had dreamed it to be. In fact, up until then, it had turned out to be the biggest waste of time. An indulgence. But Rae made a lot of sense. She related her experiences to the topic and suddenly it all made sense.

There are very few people in the world insane enough to have the illusive dream of being a writer, there are an even smaller number of us who dare to believe that we can make a living of it. And because we are so far and few very rarely do we meet to discuss the psyche of writing and therefore many times we suffer the “evils” of writing in solitary confinement.

Attending the conference was fruitful for me because two things happened: Unbeknownst to both of them, Rae diagnosed my writing illness and Joanne kicked me into action.

I took what Joanne said to heart, not because of what she said but because of how she said it. Joanne has an incredible vibe. When she speaks, she is books. She is her business and somehow, she made me believe that I was my business too.

After returning from the conference, I started up my website. As difficult as it was to do, I realised that if I hid, then my book was hidden too. I had to come out in public and show who I was and what I do. I also realised that I was the only person who could sell my book. I knew what I wrote and why I wrote it. Joanne Macgregor made me see that if I wanted to be taken seriously, then I had to be serious about what I did.

Thanks to Rae Rivers, I also started writing again. Not in front of a lake or in a newly decorated study.  Rae’s talk unblocked the sludge of excuses. Rae quietly smacked that sludge off me. My self-worth as a writer wasn’t based on the royalties I received or the accolades I got for the book. It was based on what I believed my purpose was. On what I decided my life would be about. It is and always has been that writing is who I am. It is what I was born to do.

So, should you attend the conference next year?
My question is, how can you afford not to be in a room with dynamic people who understand the insanity of your dream?