Call for Submissions at Harlequin Mills and Boon Medical Romance

If you love strong and sexy medical heroes and heroines, M&B editors Sheila, Suzy and Laurie, a.k.a. the RAPID RESPONSE UNIT, are waiting to read your first chapter!

Harlequin Mills&Boon Medical Romance are actively looking for exciting new voices, so send your first chapter and synopsis for a guaranteed, superfast assessment, to rapidresponse2013@hqnuk.co.uk
RAPID RESPONSE UNIT submissions received between 1st June and 30th June 2013 will receive a response within 2 weeks, from acknowledgement of receipt!
Don’t delay – make the RAPID RESPONSE UNIT your first call!

By Unknown No comments:

Waking up with .... Harper Impulse

Not so long ago I posted here on the blog about an exciting new digital-first imprint from Harper Collins. In the short time since then the people at Harper Impulse have been busy. They've signed not one but two South African romance authors - myself and Rae Rivers.

The first two books (including my debut Waking up in Vegas) launched on 9th May and have already received some lovely reviews.

Harper Impulse have been such a joy to work with. Not only do they move at lightning speed, but they're fun, friendly and approachable, and they're passionate about books. For me, perhaps the best thing about this imprint though has been their desire for books that don't fit the mould. They want fresh voices and fresh angles, so no formula reads here!
If you're interested in submitting to Harper Impulse, check out their website here. 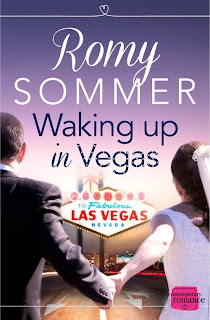 Waking up in Vegas is available now from Amazon, Amazon UK, Barnes & Noble, Kobo and iTunes.