Entangled Press may be the new kids on the block in romance publishing, but they're fast becoming the kid in school everyone want to be friends with.

They've put out a submission call for their Brazen line (the steamier line) for sexy Valentine's themed stories, between 45,000 and 65,000 words in length, deadline 25th November 2012. You can read the details of all their submission calls here.
By Romy Sommer No comments:

Are YOU the Next Harper Voyager Author?

From the 1st - 14th of October this year the sci-fi/fantasy imprint Harper Voyager, part of the the HarperCollins publishing house, will be accepting unagented, unsollicited submissions to their line.

If you have complete manuscripts (yes you can send more than one) to send to them, the requirements are:

To find out more about this call for submissions from Harper Voyager click here.

The Toy Boy by April Vine

What's in a title? In my heroine's case, apparently a lot. The last thing Cait Daniels wants is a boy toy so instead she gets herself The Toy Boy. 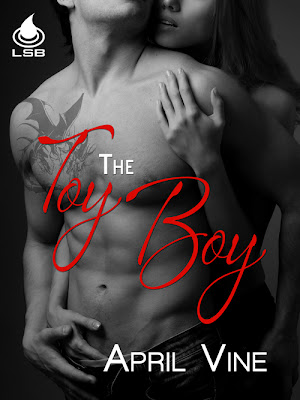 Lusting over her neighbor’s too-young-to-touch hot nephew while he mowed the lawn in the hot sun was one thing and bad for her sparkling reputation. Finding him in the same sex shop where she is purchasing artificial gratification to ease the sexual bother he evoked in the first place is quite another and forces thirty-four-year-old stickler for rules Cait Daniels to fly red-faced through the doors of Curious Coition without her paid for merchandize in hand.

Since he is staying with his aunt for a few days, twenty-four-year-old Declan Meyer wants to do the neighborly thing and return the orphaned sex toy to its rightful owner. Only in this case the rightful owner is the same woman he wants in his bed, his heart, and his life. He is not above holding the pleasure tool over her head and threatening her good standing in an attempt to show her the real thing with him, never mind his age.


"Declan loves them. That boy eats like a horse, I tell you. God knows where he puts it all though. Ah, but it’s so good to have him visiting his old aunt."
Cait forced her mind to blank out the mention of his name. Already a deep flush set into her skin, and it wouldn’t be long before she crumbled in complete embarrassment in front of Mrs. Meyer. She had to get rid of her quickly. The instant her attention turned onto the street at an oncoming car, Cait started to say good-bye and had the door almost halfway closed already.
"Oh, look, it’s Declan."
She didn’t mean to look, really. But who couldn’t when he drove one of those horrendously old-fashioned jeep things that looked as if it would leave a trail of parts in its wake?
"Thanks for the cookies, Mrs. Meyer. I really must go."
"Oh, hold on a minute. You haven’t said a proper hello to him yet. I’m so proud of that boy. He’s grown into such a lovely man and takes such good care of his mother." Mrs. Meyer’s eyes misted over as she glanced at her nephew descending from his excuse for a car.
Yeah? Did she know he frequented sex shops on a Saturday morning? Not only that, he was some kind of VIP, too; or else what would he have been doing behind the counter if he weren’t an honest regular customer, like her? "Declan," Mrs. Meyer called to him. No, she had to get out of this.
"Maybe another time, but I really have to go…"
He reached his arm through the open window and retrieved a package that dried her mouth and constricted her heart. With a few long strides, he was at her door. Her gaze glued to the bag he nonchalantly held in his hand.

The Toy Boy is available at:
Liquid Silver Books
Amazon.
All Romance Ebooks