Does inspiration mean a part of you is in every tale? 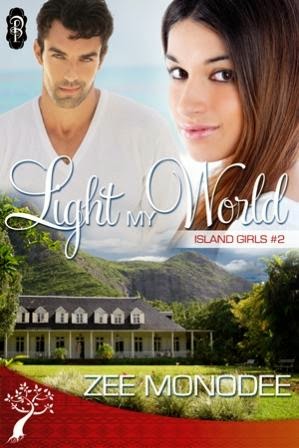 How did Diya Hemant, the heroine of that tale, come into being?

The truth is, I have no clue! She just came to me, barged her way into her elder sister Lara’s tale (The Other Side).

The thing is, the Hemant family is about 3 sisters, and we all know, siblings never come out alike in their personality. Lara was the career girl – had her head screwed right on her shoulders, and as the eldest, knew much of the family’s hopes and aspirations lay on her. Neha, the middle sister, was like many middle children – sensible, neutral ground, the one who never rocked the boat, even if she had to stifle everything of herself in the process.

Then there was Diya, the baby sister. More often than not, they say the youngest kid gets away with murder! Diya was born in the 1980s; she, more than any of her sisters, witnessed the progression in women’s empowerment in the 90s and the early 2000s. She also grew up in a world that opened up to technology every single day (cell phones replacing landlines, the advent of the Internet, email replacing snail mail, chat rooms, SMS), in the era of globalization and the world becoming one big village where everyone can communicate at any given moment with anyone in the world.
Of course, this kind of girl believes the world is at her feet, hers for the taking. She will chart her path in this new landscape and will settle for nothing that doesn’t come on her terms – she wants the career, the ‘catch’ to become her man, the riches, the fulfillment of womanhood, and she will get them, all of them!

And as I was writing her, I realized Diya was really a projection of myself. I was the same age as she (twenty-four) when I wrote her tale, and like her, I was born in the 1980s and witnessed the world changing from people/nations being veritable islands...to a whole global village where my best friend, whom I’ve never met in real life but have spent countless hours emailing and speaking to on the phone, lives in the Mediterranean, thousands of miles from my home in the southern Indian Ocean.
No wonder Diya wrote herself...because, in a way, she was me! She is the woman, the face of my generation.

It seems to me all of us writers bring something of ourselves to every tale - we might not recognize it as in-your-face, but even in subtle forms, you as the writer will be in some facet or the other of your story.

What do you think? Agree or Disagree?

And shameless plug here – both Diya’s story (Light My World) and Lara’s story (The Other Side), which make up Books 2 & 1 respectively in the Island Girls trilogy, are on sale at 99c on Amazon and today is the LAST day you can grab this deal!

It is a truth universally acknowledged that to find a prince, a girl has to kiss a few frogs along the way. But what happens when a modern-day princess comes across…an ogre?

So what if a girl has to kiss a few frogs to find her prince?

Tired of her Indian-origin mother’s relentless matchmaking, Diya Hemant is determined to find her Prince Charming on her terms. Armed with a definitive list of requirements, she is sure she’ll know her man when she meets him…

But looking and finding are two different things, especially on the tiny island of Mauritius…

When her path crosses surly British widower Trent Garrison’s, it’s hate at first sight. And though fate keeps pitting her against him, she’s certain he can’t be turned into a frog let alone a prince.
Can this modern-day princess overcome her own expectations and see beyond the ogre to the man beneath?

By Zee Monodee No comments:

The Beauty of Freedom

The thought of my first ever novel now actually being live on Amazon is still not reality in my house hold. Things like this don't happen to people like me. I'm one of those who sit at the back of the room observing others and only dream as life slowly but surely passes me by.

Yes, everybody who knows me will tell you in an instant that I'm the quiet one of the family. Hardly talk or participate during conversations. I can't help it. Life has shifted and shaped me into what I am today and the only way I can really blossom is when I have pen and paper within my hands.
After fourteen years of marriage and being with my partner, still sometimes when we have a fight about something stupid, I'll grab my pen and paper and write him a letter of exactly what I think or feel at that given moment. He by now knows how I tick and will reply via paper and at the end its those last few words on our letters to one another which stands out the most no matter how angry we are with one another...I still love you, even though I am raving mad at you right now. 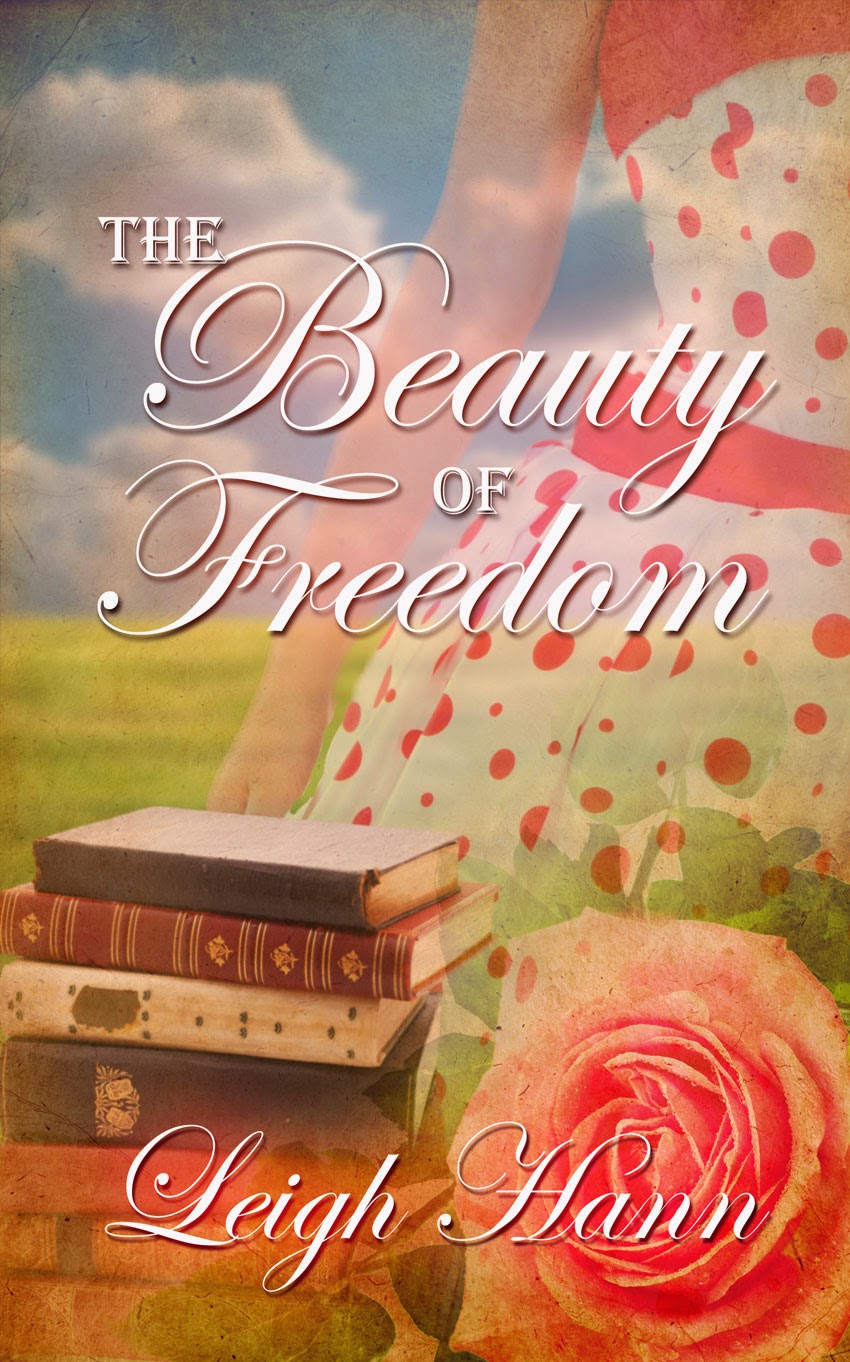 Growing up in a broken family where divorce was the new next best thing on the block, I've had quite an insight to how partners felt about one another and due to irreconcilable differences, their paths drift away from one another.

But the question I always had in the back of my mind was, What if you were in a marriage where you weren't sure if you fit or not? What if everything was perfect and your partner loved you, yet you had this uneasy sensation deep within your gut that something is not right? How do let a person go when you still love them, but not the way they love you? How do you break a person's heart who has given you everything, to set yourself free?

Then of course their is this thing called temptation which always seems to get in the way.

She and Connor have been married for five years. Though she might not have the perfect marriage, her life seems peaceful. To prioritize her head, she decides to go on a short trip. Lea is a strong believer in living your passions. She paints for a living and believes strongly in her spirituality.

But when she meets Bill Hammington, confusion hits her between the eyes. Lea is on an emotional rollercoaster. She is drawn to Bill, but at the same time she battles with guilt over Connor. After all, Lea is not ‘that kind of a woman.’ She does not believe in cheating.

Through all darkness and turmoil, there is beauty, love, forgiveness, and laughter.

I wake up lying on grass. The sky is clear and I smell the fresh scent of grass and flowers. I sit up straight observing fields of green pastures and different colors of roses. All the colors you can imagine. It is breathtakingly beautiful. I come to my feet and start walking when I notice a small gravel road and I head towards it. I’m so relaxed and at peace, confident this moment will last forever.

Suddenly the wind blows fiercely. The grass dies, the roses turn into black weeds, and the skies become a blanket of dark gray clouds. I’m scared being here alone and not knowing if some storm is going to swallow me alive or spit me out dead on the other side. I’m running towards the gravel road when I notice a figure in the distance. As I draw nearer, I see Connor. I’m shocked and mortified by his expressionless face.
“Connor! Connor! I’m here. I’m so sorry. Please, I am so sorry. I never meant to hurt you. Please, if you can find it in your heart one day to forgive me, please.”
Why is he ignoring me? Halting in front of him, out of breath, I notice he looks straight into my eyes, his whole body evaporating like smoke into the air. When I try to touch him, I feel nothing. It’s as if trying to catch the wind with your bare hands. He is transparent, but yet I can see him. I don’t understand. What is going on?
In the distance, a rose stands out as red as blood. It’s so beautiful. I run towards it and an image of Bill’s face appear in the petals. I wanted to touch the rose only to get rid of this emptiness I have inside me, but as I touch the rose, it shatters like a million pieces of glass. Alone in the dark and icy stormy weather I drop to the ground and cry until I cannot cry anymore. Soft whispering sobs escape my mouth. “I’m so sorry, I’m so sorry-” 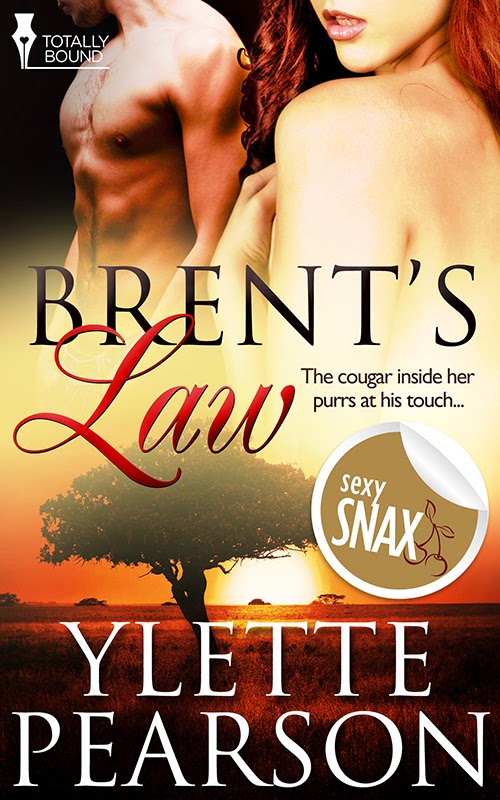 A couple of weeks ago, fellow author Kathleen Bosman provided us with some great tips about setting your books in Africa. Brent's Law has both the cosmopolitan and rural Africa as setting with a smattering of the wildness always associated with Africa.

Divorce attorney, Samantha Owen tries to resist the attraction between herself and international rugby player, Brent Russell because she stands to loose so much more than just her sanity if she succumbs to the passion brewing between them. She soon learns that Brent has a rule he applies to his life like she would apply the rule of law in her work—what Brent wants, Brent gets. And he wants Samantha, both in his bed and in his life.


Brent pointed to the sugarcane fields below the helicopter. “Those fields form part of my farm.”

They’d been airborne for more than two hours and Samantha’s neck cramped from turning her head in all directions to absorb the sights below her. Farmland had turned to mines at regular intervals until they passed Carolina where the mines became more infrequent. The pilot increased altitude to scale the mountainous terrain close to Barberton and she grabbed onto Brent’s hand.

“He knows what he’s doing. I’ll never put you in danger.”

Right. Just being with him caused mortal danger to her heart. She brought herself up short. Since when did her heart feature in the equation between her and Brent? The electricity sparking between them had nothing to do with emotions and everything to do with lust. She couldn’t afford for it to be anything else.

Then the scenery changed so drastically she had no time to ponder the pilot’s skills or lack thereof. Before she could ask about the sugarcane, the pilot reduced altitude and her eyes widened.

Below her, a thatched mansion nestled close to the Crocodile River. A small pool sparkled in the morning sun and several antelope grazed on the grass. A tennis court and mini put-put track was a small distance from the house while five garage doors lined the one wall.

They landed on the helipad next to the garages and, after taking off the headphones, Brent shouted at her to wait so he could assist her. When the blades came to a complete stop, he alighted and helped her out of the helicopter.

He briefly hugged her to him before holding her at arm’s length. “Welcome to my humble abode.”
By Yolande Pienaar 4 comments: