Have you ever sat down at your manuscript and had no idea where to start or where to go next? 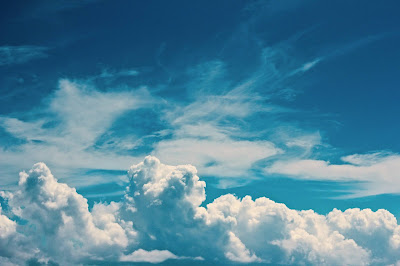 Don’t worry. We’ve all been there: staring out of the window, doom scrolling through our social media or making copious cups of tea.

Blue Sky Thinking is defined as ‘creative ideas that are not limited by current thinking or beliefs’ In other words, it is the kind of thinking that is out of the box, perhaps generating ideas that might be considered absurd.

Children are better at Blue Sky Thinking than adults. They will draw a picture of a castle on the back of a truck, or mole’s home underground with electricity and water. What about adults?

Unfortunately we realise our ideas and words have consequences.  What we say or write affects the way people see us, think of us and treat us. We become self-conscious and we start judging our ideas before they have had a chance to breathe life.

And then, we curate them so fast, we barely even see them before we crush them. As writers we can end up sitting, staring at a blank page or a screen, with nothing.

Or, we may find ourselves agonising over and editing words we have written, as we write. We edit and write at the same time until our creative flow grinds to a halt. We can take years to finish a book or we don’t finish it at all.

If you apply Blue Sky Thinking to your writing process, you can prevent this from happening. You will need to put your editor self on hold, only your writer self will be allowed at your desk.  Tell yourself that, in the writing process. your ideas have no limits. There will be no judgement and no consequences. (That will only come during the editing process.)

Write all your ideas for your story down, however crazy, wild, silly and ridiculous they might be. Write them down. Fill the page with insanity, absurdity, bizarre character traits, leaps of coincidence, well used tropes, suspension of disbelief and incongruent plot twists. This is Blue Sky Thinking, where the sky is the limit because there is no limit. This is where your ideas give birth to more ideas, until you have so many ideas that there will be one that fits your story, or it will fit the direction your story is taking, or it will lead your story in an amazing direction or it will spark the beginning of a new story. 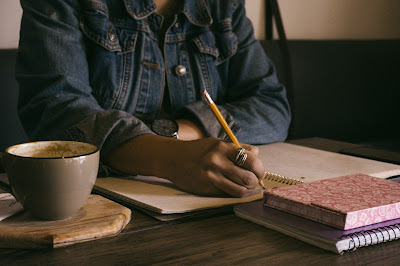 I have found the less I work on a book, or the longer time I leave between writing sessions, or the more I try to edit the existing work, the more difficult the whole process is. But if I let my ideas flow, without necessarily knowing where they are going, then my existing ideas grow, and more new ideas come to me.

So if you’re stuck in a rut and don’t know the way out, hang up your editorial hat. Look out the window at the sky and tell yourself there is no judgement at your desk. Let your ideas beget ideas.  Apply Blue Sky Thinking and there will be no limit to your creative process. 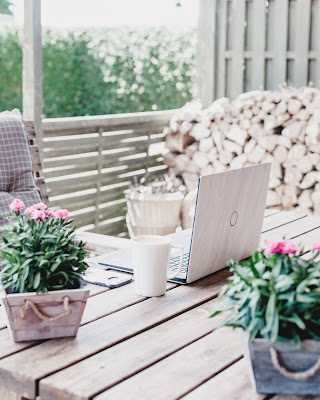 By Melissa A. Volker No comments:

The movie The Holiday introduced the wider world to the screenwriting term ‘meet-cute’. (I’ve also occasionally seen it referred to as a ‘cute-meet’ but somehow that doesn’t have the same ring to it!) The meet-cute is the scene in which two characters, who will become a romantic couple later in the story, meet for the first time.

While meet-cutes are a staple of romantic comedies, the same principles apply to all sub-genres of Romance. This initial encounter sets the stage for the rest of the story.

In a Romance novel this initial meeting on the page, even if it’s between characters who already know each other, is one of the book’s most crucial scenes, because this is the scene that’s going to set our expectations. Usually this scene gives us the first impression of their chemistry (what’s going to bring them together) and also of their conflicts (what’s going to keep the apart until the end of the book.)

If this first moment of meeting is highly-charged and filled with sizzling chemistry then readers will expect that to be sustained and built on throughout the story. If there is less focus on mutual attraction in that first scene (which would be usual in a friends-to-lovers story, for example) then readers might expect a slow burn story that will unfold more gently and be more focused on them overcoming their conflicts than on them burning up the sheets together.

Ideally in a Romance, you want this scene to happen as close to the start of the book as possible, preferably in the first chapter (especially if you’re writing shorter category Romance) or at the very least in the first few chapters. There are exceptions to this rule, such as Alessandra Torre’s Hollywood Dirt, where the characters meet only in Chapter 26, a full 20% into the story, but for the most part Romance readers are going to expect to meet both characters, and see them together, within the first 10% of the story.