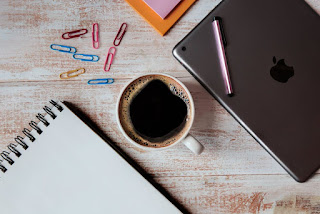 When you write a novel, it is important to visualise your readers and credit them with the ability to read successfully between the lines. And often it’s not what you put in, but rather what you leave out, that matters the most. It is possible to over-explain a point or “over tell” it. Nuances are important in writing - let your readers pick up certain facts about your characters and plot without bashing them over the head with unnecessary explanations.

This is particularly relevant when it comes to dialogue. It is not necessary to say, for example:

“Peter, you are such an idiot!” Sarah cried out angrily.

The reader will get the gist of Sarah’s emotional state from what she is saying. If you have contextualised the dialogue (i.e. the reader is already aware that Sarah is speaking to Peter) you can let the piece of dialogue stand alone without the “Sarah cried out angrily” tag at the end. In other words, your readers don’t need to be spoon-fed.

How do you show your characters’ traits and personality, without falling into the trap of telling your readers what you think they should know about them? The secret is to learn to reveal things to the reader without being prescriptive about it. It’s a subtle tool of the writing trade that can take a while to learn, but it is very important to look at your writing critically to see whether you may be falling into the “telling” trap.

A good writer plunges the reader into the story’s action and doesn’t intrude on the story. But how can a writer intrude on his or her own story, you might say? Surely the story belongs to its creator? It is very tempting, as a writer, to use your novel as a platform to elaborate on certain themes that are close to your heart, but unless something moves the story along, it shouldn’t be included.