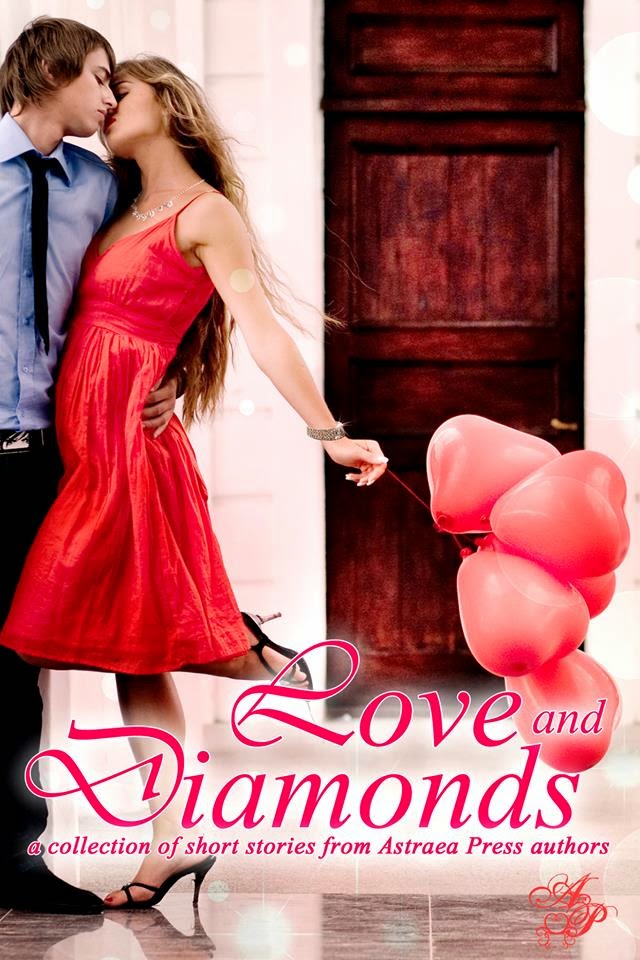 Today, I'm putting in an excerpt from my short story in the Love and Diamonds Anthology. Briefly what the story is about:

Rosalee finds an engagement ring in a pocket at the dry cleaner where she works. The ring looks just like the one she returned after accepting her boyfriend’s proposal three years earlier. She still regrets giving it back to Sam, especially after he broke her heart and left. Unable to resist, she tries on the ring but can’t get it off. She has to find the owner and explain herself. What will she say?


The box was probably empty. Who would leave an engagement ring in their pocket before sending their suit to the dry-cleaners? Something that valuable. Unlikely.
She needed to know what was in there so she could note it in the lost property book. If it was something worth more than an expensive restaurant meal for two, she was obligated to call the customer straight away. Company policy.
She walked up to the desk and smiled. This wasn’t a crazy nightmare coming back to taunt her, to remind her how she’d messed up her life, no, this was just an ordinary day at work.
The little lid flipped open with a jerk, and she gasped.
It couldn’t be! No! This was a crazy nightmare. She would wake up any minute.
The memories flooded back. Tears pricked her eyes. Her fingers instinctively grasped the small, delicate ring with two diamonds—one large, round diamond in the centre and another tiny one offset to the side, like the big diamond’s child or soul mate.
Soul mate. She’d known a soul mate once. The very man who’d given her this ring.
This ring? Why was her engagement ring in the pocket of a suit? One year to the day after she’d told Sam she wasn’t certain she could marry him, and he’d turned away from her in bitterness?
Sure, she’d been so wrong to choose a ring with him and then when he proposed, to say she wasn’t sure and wanted more time. What guy would take that sitting down? But leave her? Give up on them forever?
The ring was on her finger in a moment. She’d been dreaming of wearing it for months; of taking back the terrible mistake she’d made. Of keeping the very symbol of her love for Samuel.
But it wasn’t to be.
She knew that now and could never go back. But somehow she had to get over the memories so she could move on, find someone else. Or would she run away again? Was she the runaway fiancée who couldn’t put that ring on her finger? Who couldn’t commit?
No, she had to return this ring to the owner. That was her job too. She was the one who did errands, who drove around the town to take back people’s clothes and belongings. A chance to get out of the smelly dry-cleaning room was always welcome, but not today.
It wouldn’t be him, she knew that. Just a crazy coincidence that someone had chosen the same ring and she’d seen it. Odd to happen exactly a year later though.
Maybe this was fate. This was her chance to get over the hurt once and for all. To move on.
She took hold of the ring to pull it off. A little tight. The other lady must be tiny. She was small enough herself. She should have thought of that before she tried it on. A little wriggling would get it loose in a moment.


She wriggled it with her other hand, but it wouldn’t budge.

The anthology can be purchased here: Amazon
By Kathy Bosman