Excerpt Sunday: Waking up in Vegas 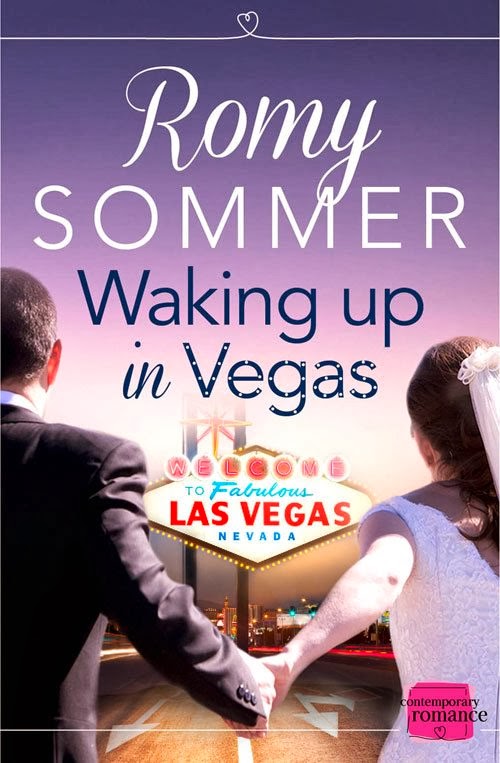 “Since I’m obviously at the disadvantage here, I don’t suppose we could speed this up a little? Like full name, place of birth, age, job description?” The reason why I married a complete stranger?
He eyed her for a long moment and she resisted the urge to squirm. For a mad second she thought he was weighing something up and deciding how much to tell her. God, she hoped he wasn’t a con man. That would be awkward if she was left with the bill for this fancy suite. She didn’t think her life savings would stretch to breakfast, let alone a night in this hotel.
Then he smiled, mouth wide, eyes crinkling, and her heart thundered against her chest. With a smile like that, it was amazing he was still single. Well, single enough to marry her, of course.
Assuming he wasn’t some Mormon with three wives back home. Was bigamy legal here in Nevada?
“Max Waldburg. I was born in a tiny principality in Europe you won’t have heard of, my age is on our marriage contract, and I work for my grandfather on his farm.”
Farm. Napa. Something clicked. “A vineyard. You make wine.”
“I’m a vintner, yes. Five years of studying viticulture, and a whole lot more as an apprentice to my grandfather, and the critics say I’m getting quite good at it.”
He reached for her hand, and this time she didn’t push him away. His touch was more than a caress; it was as if she stood in a rainbow, in a shaft of sunlight on a cold day.
“You’ll love it there. The farmhouse has a wrap-around veranda and a kitchen the size of forever. You can stand at the front door and look out over the entire valley and see nothing but vines and trees. At sunset, it’s truly magical.”
She’d married a poet. That figured. She always managed to attract men with very little grasp on reality.

Waking up in Vegas is available from Amazon, Amazon UK, Barnes & Noble, Kobo, iTunes and All Romance eBooks.