The Six Requirements of a 2020 Heartthrob

The other day I watched Top Gun again. I was a total fan in the eighties, Tom Cruise dazzled me. But when I watched it now, I was like, PEE-YEW!
How was I ever in love with ‘Maverick’ Mitchell?  Through my 2020 lens he is a shocker.
A clue came to me via the wealth of knowledge that is all things history, Dr Glen Thompson, who put me on to the work of social and cultural historian Carol Dyhouse. She’s written a book entitled Heartthrobs, A History of Women and Desire. This book shows how change in the social position of women shapes their dreams about men.
An article on Dyhouse’s work in New Books Network explains:
“Education and wage-earning brought independence and a widening of cultural horizons. Young women in the early twentieth century showed a sustained appetite for novel-reading, cinema-going, and the dancehall. They sighed over Rudolph Valentino’s screen performances, as tango-dancer, Arab tribesman, or desert lover. Contemporary critics were sniffy about “shop-girl” taste in literature and in men, but as consumers, girls had new clout.”
For example, Dyhouse explains that in the fifties, Doctor and Nurse stories were hot stuff in romance novels. Mills & Boon could not get enough writers to keep up with the demand. Why?  Well, Dyhouse proposes that after World War 2 women were looking for security and stability at home, and who could provide better than a McDreamy Doctor?
Since we write love stories, I thought it best that we acquaint ourselves with what makes a heartthrob in fiction/movies/popular culture  in light of women’s social position TODAY and what better place to do an absolutely unscientific study than on  Facebook?
103 comments later, here he is guys. The hands down, all-time winner-by-a-country-mile, the definition of what makes a heartthrob in 2020 for women in the south of Cape Town: 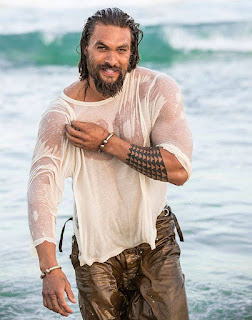 Yeah baby.  The mamas like this guy. Jason Momoa.
side note: (very extremely different to Tom Cruise of 1986 right? Actually Tom Cruise of any year)
The only other person mentioned is the also-fabulous Gerard Butler. 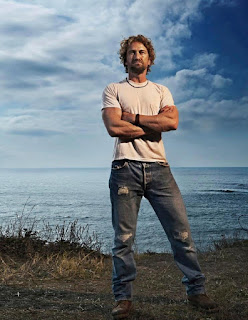 Kinda similar to Jason? But with less muscle. And fewer votes.
Anyway, as a public service to all the potential heartthrobs out there, I analysed the unscientific data and wrote it down. Good news for the silver foxes is that Not One Respondent mentioned youth as a must. Bad news for the bossy boys however: the Alpha Male is out. While wearing a beard or being clean shaven are not  game changers, a few other things  are.  Here are the salient points, if you want to know what women dream of.  Some of the items, like #2, are astonishingly simple. 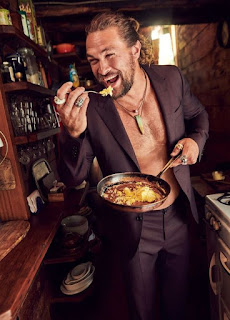 So there you have it. Bear in mind – a) my non-scientific study group was an FB Moms group so all the non-moms  might not feel the same way b) my non-scientific group all live in or near the South Peninsula in Cape Town, so the Joburgers might have another view.  Who knows, maybe they still like Tom Cruise?
Of course there is one heartthrob who had been loved by women for over two hundred years,  is time-proof and remains a heartthrob no matter what, forever and ever. You know who?
Mr Darcy, of course. And why have women loved Darcy for centuries?

…”it has been that this man, this proud, manly man, loves Lizzie Bennet. He ardently admires and loves a spirited, fearless, funny woman, who says what she thinks, who thumbs her nose at female silence and compliance. He is not intimidated by her; he does not wish her to be less than she is.”  – Caroline Criado-Perez, The Guardian

By Melissa A. Volker