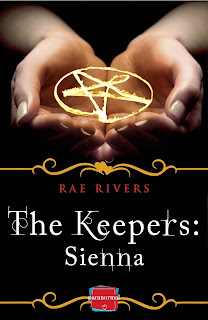 A full moon in Rapid Falls.

Sienna Beckham is a powerful witch, and along with her four fiercely protective Keepers, it is her destiny to maintain the balance of nature in this world.

Tonight, it's the town carnival and everyone will be there: Sienna's family, her friends, her protectors. Archer.

But in a few hours, Sienna's life will have changed forever and her powers stretched to their very limits.

For something is lurking in the forest…

And no one sees it coming.

Find out how it all began…

Setting the scene: Sienna is at the town carnival with her four Keepers and she's on the Ferris Wheel with youngest Keeper, Sarah Bennett. Sienna sees Archer waiting for her below, standing beside the school's caretaker... 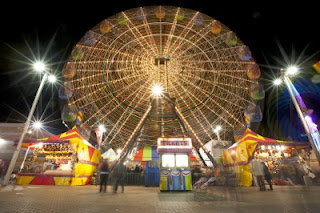 And standing beside the old man was Archer.

Her breath caught as her gaze met his and all thoughts of the caretaker disappeared. Archer wore jeans and a suede black jacket, his hands shoved casually into his pockets. He was tall, with broad shoulders and a sexy presence that had a group of teenage girls standing nearby swooning over him.

The fact that their relationship was forbidden, cursed, did little to calm the butterfly flip in her stomach.

With a brief shake of the head, Sienna silently scolded herself for the direction of her thoughts.

He could never be hers. Ever.

“I’m going to be sick looking at you two ogling each other like that,” Sarah said, feigning a gag. “You’re going to have The Circle spitting snakes if you’re not careful.”

Sienna waved her off, not caring for the discussion that would follow. It was one they’d had far too often of late.

The Circle were a group of ancestral witches who governed the laws of magic, witches and their Keepers. Not wanting the emotional complication from a relationship between a witch and her Keeper that might influence their roles in maintaining the balance of nature, the old witches had long ago forbidden any romances.

So the handsome, charming and darn sexy Keeper was off-limits.

If only her womanly parts would listen to her head.

Sarah’s harsh intake of breath and soft curse snapped Sienna’s attention back from all thoughts of Archer and she glanced at her with a raised brow. “Sarah?”

She’d gone rigid, her previous playfulness abandoned, and stared at her brother with a harsh frown. A frown that matched his.

“Sarah, what’s wrong?” Sienna asked, knowing instinctively that trouble had reared its familiar head. Damn it. When she didn’t reply, Sienna reached for Sarah’s arm. “Sarah, what’s happening? What do you hear?”

Without looking at her, Sarah shook her head. “Nothing.”

“Blood,” she replied, her tone edged with an icy warning that sent chills down Sienna’s spine. She pinned Sienna with a sharp gaze. “I smell blood.”

The Keepers is a magical Paranormal Romance series published by Harper Impulse, an imprint of Harper Collins.
Amazon US
Amazon UK
Barnes & Noble

Email ThisBlogThis!Share to TwitterShare to FacebookShare to Pinterest
Labels: Rae Rivers, The Keepers